My wife Teri, wrote a great blog yesterday about her mother, and some of the things she used to say that came true for her.

The mother / child bond is usually very strong (for good reason) and most people consider their own moms to be the best in the world.

I know I certainly do.

Thank you for having and raising me, mom!

... But I was also wondering who "the world" considered to be the best mothers of all time.

So I Googled it.

Suzanne Raga wrote a really good article about who she considers to be 25 of History's Greatest Moms (article link below) so I'm going to reference that.

Here Are My Favorite 10 of Suzanne's Top 25 Moms (taken from her article / words in bold my emphasis ):

Although scientist Marie Curie (1867—1934) is best known for being the first woman to win a Nobel Prize, she also raised her two young daughters alone after her husband died in an accident in 1906. One of their daughters, Irène Joliot-Curie, went on to co-win the Nobel Prize in Chemistry with her husband for their own work with radioactivity. Joliot-Curie said her mother instilled hard work and flexibility in her children: “That one must do some work seriously and must be independent and not merely amuse oneself in life—this our mother has told us always, but never that science was the only career worth following.”

In 1826, Sojourner Truth (circa 1797—1883) and her baby daughter escaped slavery in Ulster County, New York. Soon after her escape, she heard that her 5-year-old son, Peter, was illegally sold to a man in Alabama. Truth raised money for a lawyer, filed a complaint in court, and successfully got Peter out of slavery—a landmark case in which a black woman successfully sued a white man in court. Truth went on to become a Christian preacher in New York City and toured the northeast, speaking about the Bible, abolition, and women’s suffrage.

As the wife of President John Adams, Abigail Adams (1744 —1818) was the second First Lady of the United States. Because her husband was often away from home for work, she often single-handedly ran their farm, wrote letters supporting equal rights for women and the abolition of slavery, and educated their five kids who survived into childhood—including future president John Quincy Adams. Quincy Adams wrote: "My mother was an angel upon earth. She was a minister of blessing to all human beings within her sphere of action. Her heart was the abode of heavenly purity… She was the real personification of female virtue, of piety, of charity, of ever active and never intermitting benevolence."

Irena Sendler (1910—2008) was a Polish employee at the Warsaw Social Welfare Department who smuggled almost 2500 Jewish children out of the Warsaw Ghetto during the Holocaust, saving their lives. Using the code name Jolanta, she gave these children false identification documents, established temporary (non-Jewish) identities for them, and placed them in convents, orphanages, and Christian homes. Although the Nazis arrested her, tortured her, and sentenced her to execution (she survived because the Gestapo was bribed), she didn’t give them any information about the whereabouts of the children or the inner workings of her smuggling operation. A mother of three kids herself, Sendler received Poland’s Order of the White Eagle award in 2003.

The youngest of Nancy Edison’s seven kids was Thomas Alva Edison. Although some stories about his mother’s virtues were most likely exaggerated, we do know that rather than give up on his education, Nancy Edison decided to homeschool her son after his teacher deemed him "addled" (i.e. mentally ill or incompetent). Edison, who may just have been dyslexic in a time before that learning disorder was studied or understood, said of her: “My mother was the making of me. She was so true, so sure of me; and I felt I had something to live for, someone I must not disappoint.”

Humor writer Erma Bombeck (1927—1996) wrote books and syndicated newspaper columns about life as a suburban housewife in the Midwest. Taking inspiration from her experiences with her adopted daughter and two biological sons, she told stories and made quips about housework that helped a generation of stay-at-home and newly working mothers find humor in the messiness of their lives. And as one might assume from her sharp-witted jokes, she brought her children up to be independent and passionate. “She liked people who were strong and held their own—she was a very big presence,” her daughter Betsy told People Magazine. "If you couldn't hold your own, she could roll over you."

The mother of Bill Gates, Mary Maxwell Gates (1929—1994) served on the board of directors for corporations and nonprofit organizations in Seattle. She helped convince leaders at I.B.M. to hire Microsoft to create an operating system, and following that contract, Microsoft went on to achieve massive success. But more importantly, Gates encouraged her son to focus on philanthropy, and the effects of his success are now contributing to worldwide causes because of it. As of 2015, the Bill and Melinda Gates Foundation has given billions of dollars to fight malaria, HIV, polio, and poor sanitation, and to improve opportunities for education.

The mother of Martin Luther King, Jr., Alberta Williams King (1904—1974) played the organ and founded the choir at Atlanta’s Ebenezer Baptist Church, and she was also involved with women’s groups, the NAACP, and the YWCA. She set about to raise her three children with a healthy sense of self-respect and taught them that the segregation they saw every day was simply "a social condition rather than a natural order," as MLK Jr. wrote in his autobiography. "She made it clear that she opposed this system and that I must never allow it to make me feel inferior. … At this time Mother had no idea that the little boy in her arms would years later be involved in a struggle against the system she was speaking of."

Mary Kay Ash (1918—2001) was 45 years old when she founded Mary Kay Cosmetics in 1963, and it has since become a billion-dollar cosmetics company. As a single mom, she was working in sales at a home products company to support her three children, but she was repeatedly passed over for promotions, despite her being one of the top sales directors. Ash took those skills with her when she launched her namesake company, and she worked to give hundreds of thousands of women the opportunity to work as sales consultants on their own time, effectively becoming their own bosses.

Ann Jarvis (1832—1905) inspired the movement that eventually made Mother’s Day into a national holiday. After most of her babies died of diseases—only four of her possibly 13 children survived to adulthood—she wanted to help other mothers. She  organized Mother's Day Work Clubs in what is now West Virginia to help provide medical care, raise money for medicines, and improve sanitary conditions for poor mothers.

After her death, Jarvis’s daughter Anna Jarvis built off of the work of her mother by writing letters and giving speeches in support of Mother’s Day, and President Woodrow Wilson designated Mother’s Day as a national holiday in 1914.

These women are truly exceptional woman and mothers.

And their stories are inspiring.

But, I know from helping to raise our own kids, it's not easy being a mom today - - - even a "regular" one.

So, I am dedicating this blog to the 25 women on Suzanne's list,  as well as to all normal moms everywhere.

- - - Would you like to have your mom write and share her life story? If yes, consider The Life Writer app, which makes it easy.

Here is a link to try it free:  https://www.thelifewriter.com/user/register

And receive 25% OFF all The Life Writer purchases over the next 5 days (call/text/or email me to reduce the price) :)

Here is a link to Suzanne Raga's excellent article: 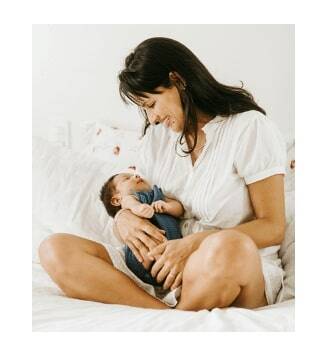