Why You Should Write A Life Story

I saw this article yesterday and wanted to share it because it provides the perfect reason why someone should write and share their story.

Chloe Melas, a journalist at CNN, wrote an article which summarizes:

"My entire life has been shaped by my grandfather and his stories of heroism during World War II.

My goal is to keep his memory alive and try to pass on the greatness to the next generation."

- - - SPOILER ALERT: Chloe did an amazing job researching and writing the story of her grandfather, Frank D. Murphy, who served as a B-17 Flying Fortress Navigator during World War II. His wartime exploits were incredible and will be chronicled in the Apple TV series "Masters of The Air," but you do not have to be a WW II bomber pilot to write and share your story with your family. They will enjoy and benefit from what you have experienced and learned in life as well. 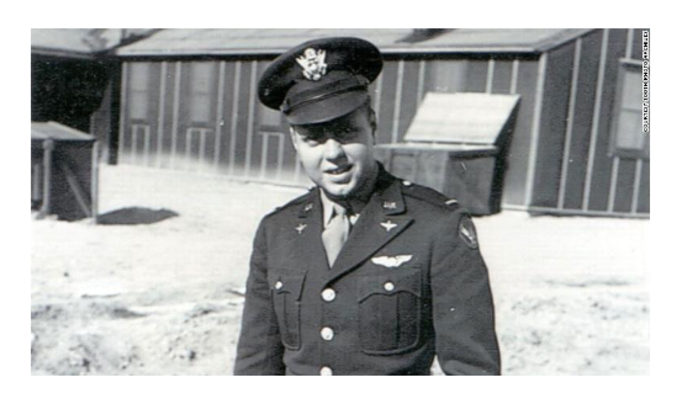 Some Highlights From Chloe's Excellent Article Include:

- "My grandpa, Frank DeSales Murphy, survived months in a German POW camp after being shot out of his B-17 Flying Fortress. He withstood a harrowing death march in sub-zero temperatures -- and his bravery earned him the Distinguished Flying Cross, the Purple Heart and the Air Medal."

- "One of the most significant dates during my grandfather's journey happened on October 10, 1943, when -- at 22 years old -- his luck quite literally ran out. The aircraft, piloted by Capt. Charles "Crankshaft" Cruikshank, with my grandfather as the plane's navigator, was taking part in a maximum effort strike by 215 aircraft of the Eighth Air Force ("The Mighty Eighth") based in England. They were on a mission to bomb the railroad yards at Munster, Germany. But before they could reach their destination, they were met by 250 Luftwaffe single and twin-engine fighter aircraft."

- "Two fires engulfed the bomber and my grandfather and his fellow airmen were forced to abandon the aircraft. That meant parachuting out. My grandfather narrowly escaped death that day and was lucky to only have shrapnel in his shoulder when he landed in a German farmer's field. The family brought him in, bandaged him up and years later he would return to the farmhouse and became friends with the family who turned him over to Nazi authorities."

- "Forty-six members of the "Bloody Hundredth" were killed in that air battle, and only one of their planes returned home that day, piloted by Robert "Rosie" Rosenthal. On the day my grandfather's B-17 was shot down, two members of his crew died and 177 men from this air battle became prisoners of war. My grandfather was one of them."

- "For the next few months, his parents would have no idea what had happened to him. They only knew that he was missing in action. It must have been pure torture for them. A few months later, they would learn that he was a prisoner of war along with 110,000 other Allied troops at the infamous Stalag Luft III prison camp, near Sagan, Germany."

- "My grandfather's experience during World War II is full of harrowing moments like the death march from Stalag Luft III to Mooseburg's Stalag VII A, a prisoner of war camp in Bavaria about 20 miles northeast of Munich. It was built to accommodate only 10,000 people, but over 100,000 POWs from military personnel of every Allied European nationality were housed there."

- "My grandfather described a "dark, bitterly cold winter night" on January 27, 1945, when Hitler ordered the guards to evacuate all of the American and British officers to the west due to the Russian Army advancing to liberate their troops from the camp. At around 11 p.m., my grandfather said they grabbed their "pitiful belongings" and began to walk in the "deep snow" to a "God-only-knows-where destination." What he didn't know was that they would march for the next three days and nights in sub-zero temperatures with little rest and nearly no food or water. Many men did not make it, with my grandfather telling stories of how men would collapse in the snow from the exhaustion and freezing weather."

- "After marching for days, they were crammed into boxcars for two days and three nights. My grandfather would tell me how the Germans refused to open the doors to even allow a bit of sunlight or fresh air in. He arrived in Moosburg on February 1, 1945 where he would stay for the next three months in what he said was a "living hellhole of all hellholes."

- "But his luck would turn around on April 29, 1945 when units of Gen. George Patton's American Third Army would liberate over 100,000 POWs from the horrific conditions. My grandfather had lost over 50 pounds, weighing just 122 pounds when he was liberated."

- "The day he was finally freed was one of my favorite stories that I would repeatedly have my grandfather tell. My eyes would widen to the size of silver dollars when he would tell me how three US Sherman tanks would crash through the main gates of the prison camp. He said seeing the white star on the side of the tanks brought tears to his eyes."

- "I'm teaching my sons why the men and women of WWII are so famously called the Greatest Generation. At night we talk about Frank and his plane flying high in the sky. My 3-year-old son Leo frequently asks me about him at bedtime and tells me he wants to fly planes like grandpa."

- - - Chloe's desire to share the story of her grandfather, and how he was able to overcome inconceivable hardship during World War II is the primary reason why we are in this business: Because life story writing and sharing can inspire, empower, and improve lives.

Thank you, Chloe for writing and sharing the story of your grandfather.

He is an inspiration to us all.

Why don't YOU share your story? Try out The Life Writer app for free: 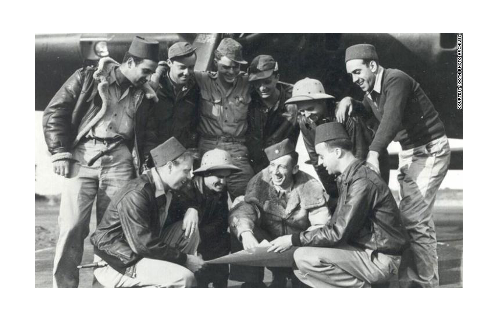