What Courage Is | The Life Writer Skip to main content

This article by NORA KRUG (below) about LAURIE HALSE ANDERSON describes what courage is.

In 1999, Laurie wrote a semi-autobiographical book: SPEAK, which shared her experience of being raped at the age of 13. Afterward, she became kind of a "Confessor." Many people reached out to her with a similar message: "Me too. I was assaulted by a boy, my friend, my dad, mommy's boyfriend."

She has written an updated version recently: SHOUT, intended for high school age students and older. Her goal: "I see my responsibility as helping people move away from 'me too' to 'us too,' " she says - to create a sense of community to combat the isolation felt as a young woman and rape victim. "I hope that some readers will find it and feel less alone. America's teenagers are hungry for honesty, and they are hungry for hope - and that's what I'm trying to give them."

Thank you, Laurie for doing that. And thank you Nora, for telling us about it.

Nora's article is below (article link at bottom):

Long before there was #MeToo, there was "Speak." Published in 1999, Laurie Halse Anderson's semi-autobiographical novel about rape was a best-seller and later a movie starring Kristen Stewart. It remains revered and controversial, appearing on high school curriculums across the country and on the American Library Association's most-banned-books list.

Now Anderson is stepping up to the microphone again, this time with a little more anger and a little more candor. Her new book, to be published in March by Viking Children's Books, is called "Shout," and in it she writes not only about her own experience as a rape victim but also about the pain and heartache readers have shared with her in the two decades since "Speak" appeared.

In the intervening years, Anderson has addressed untold numbers of young people - in schools and libraries across the country - about sexual assault. She has shared her own experience of being raped at 13, one year younger than the protagonist in "Speak," and how, like her, she kept silent about it. (Anderson waited 25 years before telling a therapist what happened to her.)

Going public has turned Anderson into something of a confessor. "I have not spoken at an event where one or two people haven't come up to me in tears afterward," she said in a phone interview from her home in Philadelphia.

The notes come to her through email, Facebook, Twitter, Instagram - even on crumpled pieces of paper handed to her after events. The message is almost always the same: Me too. I was assaulted by a boy, my friend, my dad, mommy's boyfriend.

Anderson typically directs young people to groups such as RAINN (Rape, Abuse & Incest National Network) and encourages them to talk to safe adults. But given the outpour - amplified in part by the #MeToo movement - she felt a need to do more.

"I see my responsibility as helping people move away from 'me too' to 'us too,' " she says - to create a sense of community to combat the isolation that Anderson felt as a young woman and a rape victim. "I hope that some readers will find it and feel less alone," she said. "America's teenagers are hungry for honesty, and they are hungry for hope - and that's what I'm trying to give them."

Anderson began working on "Shout" in October of last year and says that it came more quickly than any of her other books, which include "Chains," a National Book Award finalist; "Wintergirls"; "The Impossible Knife of Memory"; and others, including a graphic novel version of "Speak," published this year. All told, Anderson's books have sold more than 8 million copies. Viking has announced a 200,000 first printing of "Shout."

"When I started 'Shout,' it was just my rage: Why can't we talk about these things?" she says. "Watching these brave people speak up as part of #MeToo just let me take the lid off, and that felt good. It was a second liberation for me."

"Shout" is written in free verse. In the first half, Anderson shares her own experience and how it led to the writing of "Speak." The second half is what she calls a manifesto about "listening to and reflecting on a culture where sexual violence is rampant." The language is sometimes graphic and often empowering:

We should teach our girls

that snapping is OK,

for someone else to break them.

As such, Anderson's book fits in the growing movement among kid-lit writers to speak out more directly about social issues. Books such as "The Hate U Give," by Angie Thomas, and "Long Way Down," by Jason Reynolds, have led to frank conversations about violence and teens. The #MeToo movement has sparked authors to talk about sexual misconduct in their own ranks. The shootings at Marjory Stoneman Douglas High School in Parkland, Fla., spurred writers such as Raina Telgemeier toward greater activism.

Anderson expects that "Shout" - aimed at high school students and up - will be challenged just as "Speak" still is by some readers who object to its unvarnished discussion of sexuality and violence. But Anderson, now 56 and a grandmother, is undaunted.

"All of those teenagers were kind to talk to me," she says. "They educated me." She sees "Shout" as a kind of thank-you note to them and a "shot of advice about how liberating it is when you write about what you've been through."

The message, she says, is simple: "I'll walk with you."

Laurie Halse Anderson, author of 'Speak,' writing a memoir about... 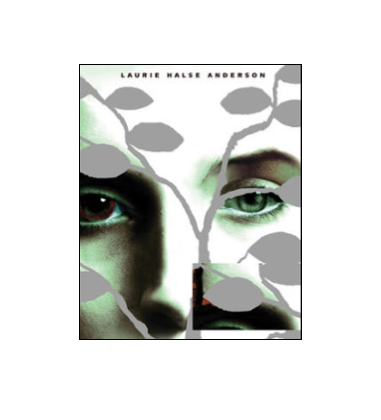