With a VERY heavy heart,  I learned that Tony Shieh passed away today.

For those of you that did not know him, I will let THE NEW YORK TIMES provide a short summary of his life (article by GLEN RIFKIN below / link at bottom):

Tony Hsieh, Longtime Chief of Zappos, Is Dead at 46

In the early days of online retailing, he realized that the key to success was making people feel comfortable and secure shopping on the internet.

Tony Hsieh, the technology entrepreneur and venture capitalist who built Zappos into a $1 billion internet shoes and clothing powerhouse, died on Friday. He was 46.

The cause was injuries suffered in a house fire on Nov. 18 in New London, Conn., according to Megan Fazio, a spokeswoman for the Downtown Project in Las Vegas, a revitalization effort which Mr. Hsieh oversaw.

Mr. Hsieh (pronounced shay) was apparently visiting family at the time. His death was confirmed by Zappos in a statement from the company’s chief executive, Kedar Deshpande. Further details about the fire or where Mr. Hsieh died were not immediately available.

Mr. Hsieh stepped down as chief executive in August after 21 years with the company, which began selling shoes online in 1999.

Having sold his first company, LinkExchange, an online advertising network, to Microsoft in 1998 for $265 million, Mr. Hsieh became a venture capitalist and invested in a San Francisco-based retail shoe start-up, then called ShoeSite.com.

He quickly took over as C.E.O. and focused his efforts on building the company into an internet giant. (The name was changed to Zappos.com, an adaptation of “zapatos,” the Spanish word for shoes, according to the company website.)

In the nascent period of internet commerce, Mr. Hsieh was a visionary who realized that getting customers to feel comfortable and secure buying online was the key to success and growth.

To do that, employees in the call center had to engage customers as if speaking to an old friend, with authentic-sounding welcoming banter. He also realized that buyers needed to try on shoes, so Zappos offered free overnight shipping and free return shipping, often sending customers multiple pairs at a time.

Mr. Hsieh surprised the Silicon Valley world by moving the company from San Francisco to a suburb of Las Vegas, where he built a culture of “fun and a little weirdness” that resulted in skyrocketing growth.

Mr. Hsieh, a soft-spoken and introspective executive, developed a philosophy of business built around the idea that happy employees were the conduit to satisfied customers who would return again and again.

An avid reader, he wrote a best-selling book, “Delivering Happiness,” in 2010, describing his customer service philosophy.

During his tenure at Zappos, Mr. Hsieh launched the Downtown Project, aimed at revitalizing the once-neglected downtown of Las Vegas and turning it into a vibrant area where Zappos employees would live. The effort grew beyond Mr. Hsieh’s original concept and the area has attracted thousands of technology workers and entrepreneurs.

Tony Hsieh was born on Dec. 12, 1973, in Illinois to Richard and Judy Hsieh, immigrants from Taiwan who met in graduate school at the University of Illinois. His father was a chemical engineer and his mother was a social worker.

The family moved to California when Tony was 5. The oldest of three boys, he grew up in the San Francisco Bay Area.

Survivors include his parents and his brothers Andy and Dave, Ms. Fazio said.

Mr. Hsieh graduated from Harvard with a degree in computer science in 1995 and after a short stint at the Oracle Corporation, he co-founded LinkExchange.

Approached by Nick Swinmurn in 1999 with the idea of selling shoes online, Mr. Hsieh overcame initial skepticism and invested. As the concept gained traction, he contemplated ways to spur growth.

In a 2009 profile in Briefings magazine, Mr. Hsieh described himself as a lifelong skeptic who sneered at psychology and philosophy. But his computer science background led him to believe that happiness could be studied as a science. Rather than assuming happiness is achieved haphazardly, he began to read about the distinct characteristics that made people happy.

People assume that achieving a certain goal or winning the lottery will bring lasting happiness, he said, but it rarely does. “Most of the frameworks for happiness conclude that there are four things required: perceived control, perceived progress, connectedness (meaning the depths of relationships) and being part of something bigger than yourself.”

To that end, he argued that building a culture based on these tenets would lead to Zappos long-term success. The company attracted both technology types as well as refugees from the gaming and hospitality industries in Las Vegas.

He would lead to Zappos long-term success. The company attracted both technology types as well as refugees from the gaming and hospitality industries in Las Vegas.

Zappos was extremely choosy, hiring just 1 percent of applicants. Word spread quickly about the corporate culture, and people started showing up at the company’s headquarters to take tours.

Over time, Mr. Hsieh pushed the culture envelope. In 2013, he announced that the company would eliminate all titles and managers to embrace a “holacratic” structure. A world without bosses had an appeal, but not to everyone. A few hundred employees, or 14 percent of the work force, uncomfortable in that structure, accepted a buyout and left.

Mr. Hsieh refused to embrace the trappings of a conventional chief executive. He lived in a 240-square-foot Airstream trailer in a small trailer park that he built in downtown Las Vegas.

He insisted on a $36,000 annual salary and he sat in an unassuming cubicle among the other employees. When Zappos set up a new warehouse in Kentucky, he packed a pickup truck with materials, drove to Kentucky and got to work bolting together shelves and unpacking shoes.

Amazon had approached Mr. Hsieh about an acquisition in 2005 and Mr. Hsieh refused. But in 2008, with a recession hammering the economy, Amazon made a second overture and this time the Zappos board insisted that Mr. Hsieh take the offer. The feeling among some board members was that Mr. Hsieh’s business philosophy made for good public relations but would not spur growth in a difficult economy.

Visiting Jeff Bezos, Amazon’s chairman in Seattle, Mr. Hsieh was impressed by the similarities in the two corporate cultures and also, the offer by Mr. Bezos that Zappos would operate as an independent entity with the same management team.

“I get all weak-kneed when I see a customer-obsessed company and Zappos is definitely that,” Mr. Bezos said in a video welcome to Zappos employees. “I’ve seen a lot of companies and I’ve never seen a culture like Zappos.’’

Glen's article about Tony Hsieh is accurate, but it does not include many things about the man that made him unique and special.

One example: Back in 2009, Tony wanted to find a way to revitalize the downtown areas of cities in the US that were struggling. So, he did the research and created a pilot program for doing that: The Downtown Project in Las Vegas.

Tony put $350 million dollars of his own money into that project.

And while The Downtown Project turned out to be a mixed success, it illustrates who Tony Hsieh was, and what is intentions were.

Bill Joel wrote a song once entitled "Only The Good Die Young" and I think that pertains to the life of Tony Hsieh. Because of all the wonderful things he accomplished in life, God called him home - way before the rest of us.

You will be missed by many, many people. 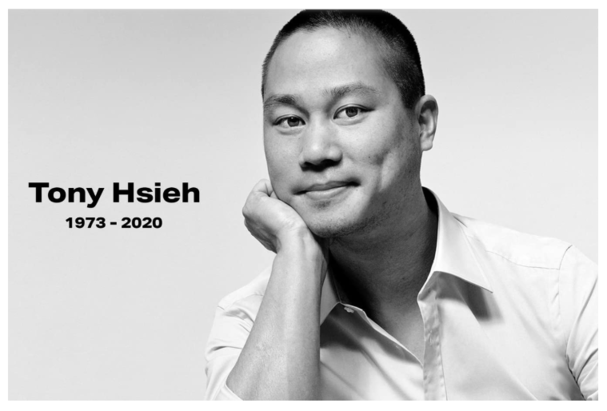 Here is The New York Times article by Glen Rifkin: 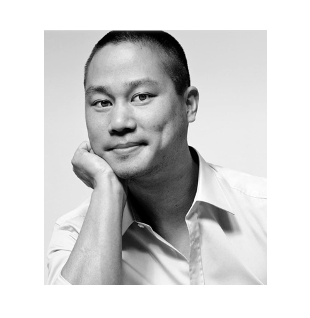