I saw this article in The Times of Israel (article link below) and wanted to share it because it is such good news (article below).

PARIS, France — Scientists said Monday that they had developed a way of predicting if patients will develop Alzheimer’s disease by analyzing their blood, in what experts hailed as a potential “gamechanger” in the fight against the debilitating condition.

Around 50 million people live with Alzheimer’s, a degenerative brain disease that accounts for more than half of global dementia cases.

While its precise mechanism is not fully understood, Alzheimer’s appears to result from the accumulation of proteins in the brain that are thought to lead to the death of neurons.

Some of these proteins are traceable in the blood of patients and tests based on their concentrations can be used to diagnose the disease.

Scientists in Sweden and Britain now believe blood tests can be used to predict Alzheimer’s years before the onset of symptoms.

Writing in the journal Nature Aging, they described how they developed and validated models of individual risk based on the levels of two key proteins in blood samples taken from more than 550 patients with minor cognitive impairments.

The model, based on these two proteins, had an 88 percent success rate in predicting the onset of Alzheimer’s in the same patients over the course of four years.

They said that while further research was needed, their prediction method could have a significant impact on Alzheimer’s cases, given that “plasma biomarkers” from blood tests are “promising due to their high accessibility and low cost.”

Richard Oakley, head of research at the Alzheimer’s Society, said the main struggle in battling the disease was diagnosing cases early enough to intervene with experimental treatments.

“If these blood biomarkers can predict Alzheimer’s in larger, more diverse groups, we could see a revolution in how we test new dementia drugs,” he said.

Musaid Husain, professor of neurology at the University of Oxford, described Monday’s research as a “potential gamechanger.”

“For the first time, we have a blood test that can predict well the risk of subsequent development of Alzheimer’s disease in people who have mild cognitive symptoms,” said Husain, who was not involved in the study.

“We need further validation [of the results] but in the context of other recent findings this could be a transformative step to earlier diagnosis, as well as testing new treatments at earlier stages of the disease.”

I think this section of the article above is especially interesting:

'While its precise mechanism is not fully understood, Alzheimer’s appears to result from the accumulation of proteins in the brain that are thought to lead to the death of neurons. '

Because that situation I think (too many proteins accumulating in the brain / clogging the energy flow) is probably associated with forgetfulness and 'Senior Moments' also.

My wife, Teri's mother died of Alzheimer’s Disease, and watching that progress was truly agonizing.

And especially for Teri and her siblings, because her mother would frequently not even recognize or remember them.

(It was almost a blessing when she passed on after developing Alzheimer's, for her and the family's sake).

Teri and I began our life story writing business not long after that - by writing the life story of her father.

We learned A LOT about him - many things that almost nobody else knew - including his family.

That process was fun and the result amazing, but what really highlights the life writing benefit is the fact that we know a great deal about her father, but almost nothing about her mother, unfortunately.

We know that her family moved to Ohio from West Virginia (the area of King, WV we think).

But that is about it, which is extremely unfortunate, because Teri's mother was a truly great mother, wife, and person.

The new blood test above has the potential to really make a difference in the fight against Alzheimer's Disease  - - - but it's not here yet.

I think that drinking high quality green tea could possibly help (although I am not a doctor and can't prescribe any type of diagnosis or treatment)!

Why don't you write and share your story with your family? They would love it and you will probably love doing it.

Want to see how it works? Check out this video:

Need a gift certificate for the holidays? They look like this:

Here is the excellent The Times of Israel article: 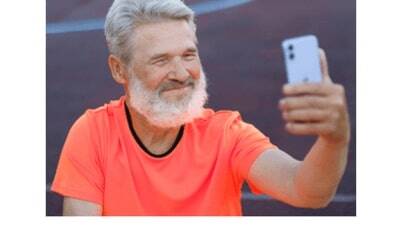