In case some of you did not know, a Presidential election has been going on. :)

And during the campaign, the ages of the candidates have come up repeatedly.

One of the candidates even began calling the other: "Sleepy Joe" because of his age, which insinuates that he is too old to fulfill the job.

I found that to be interesting - and a little funny - so I Googled a few well-known politicians to determine their age.

Here is What I Found:

It is amazing those folks are that old and still working!

I am getting up there myself (I'm over 60 now) and I thought my "Twilight Years" were approaching fast.

Not according to the people above - which is a good thing!

... One person I have always admired is Jack LaLanne.

Francois Henri "Jack" LaLanne (26 September 1914 – 23 January 2011) was an American fitness and nutrition guru and motivational speaker. He described himself as being a "sugarholic" and a "junk food junkie" until he was age 15. He also had behavioral problems, but "turned his life around" after listening to a public lecture about the benefits of good nutrition by health food pioneer Paul Bragg.  During his career, he came to believe that the country's overall health depended on the health of its population, and referred to physical culture and nutrition as "the salvation of America".

Decades before health and fitness began being promoted by celebrities like Jane Fonda and Richard Simmons, LaLanne was already widely recognized for publicly preaching the health benefits of regular exercise and a good diet.

He published numerous books on fitness and hosted the fitness television program The Jack LaLanne Show  from 1951 to 1985.

As early as 1936, at age 21, he opened one of the nation's first fitness gyms in Oakland, California, which became a prototype for dozens of similar gyms bearing his name.

One of his 1950s television exercise programs was aimed toward women, whom he also encouraged to join his health clubs.

He invented a number of exercise machines, including the pulley and leg extension devices and the Smith Machine.

Besides producing his own series of videos, he coached the elderly and disabled not to forgo exercise, believing it would enable them to enhance their strength.

LaLanne also gained recognition for his success as a bodybuilder,  as well as for his prodigious feats of strength.

Arnold Schwarzenegger once exclaimed "That Jack LaLanne's an animal!" after a 54-year-old LaLanne beat then 21-year-old Schwarzenegger in an informal contest. On the occasion of LaLanne's death, Schwarzenegger credited LaLanne for being "an apostle for fitness" by inspiring "billions all over the world to live healthier lives," and, as governor of California, had earlier placed him on his Governor's Council on Physical Fitness. Steve Reeves credited LaLanne as his inspiration to build his muscular physique while keeping a slim waist.

LaLanne was inducted into the California Hall of Fame  and has a star on the Hollywood Walk of Fame.

Here are Some Jack LaLane Words of Wisdom - from his website (link below / bold emphasis is mine):

As is the fact that Jack could swim in the cold waters that surround Alcatraz Island, much less tow boats while doing it!

But, the most impressive thing about Jack LaLanne - to me - is the fact that he was one of the very first people to  understand how important fitness and nutrition are, and especially as you get older.

And Jack LaLanne did a great job communicating that.

He was a TRUE VISIONARY and PIONEER - which is why he is A Life Writer Favorite.

Why don't YOU write and share your life story with your family?

(You don't have to do any jumping jacks, chin-ups, or pull-ups).

Try out The Life Write App today for free:   https://www.thelifewriter.com/user/register

Here is a link to Jack LaLanne's great website: 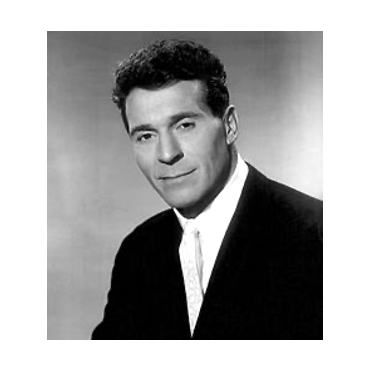