Life Advice: If Millie Can Do It, So Can You | The Life Writer Skip to main content

Life Advice: If Millie Can Do It, So Can You

I saw this article by Caroline Patrickis (of the ABC7 Staff in Churchville, Maryland) and wanted to share it, because if Millie can do it - so can you and I:

Vivian "Millie" Bailey may be 102 but she continues soaring to new heights.

The World War II veteran says skydiving has been something she has always wanted to do, especially President George Bush did it at age 90. "I was inspired by the fact that he did it," Millie said. "The fact that a person at that age could do the jump."

While filming an episode featuring her life for the series Honor Flight Heroes (to air Veterans Day at 7 pm Eastern on Discovery Networks' American Heroes Channel), Millie was asked if there was one thing left that she wants to do but hasn't had the chance to do yet.

"You are not going to believe it," she laughed. "The thing I'd like to do is do a parachute jump like President Bush did."

The Honor Flight Heroes production company decided to pick up the tab and help Millie accomplish this bucket list item... and, of course, film it for inclusion in the program. "You couldn't ask for a more thrill-packed ending to the episode," explained Eric J. Roberts, executive producer for the series. "Millie would be the first 102-year-old person on Mars if it could be arranged!"

"I'm going to push you out," Cornelius, the skydive instructor at Skydive Baltimore said. "Do you push me out before you come out?" she asked. "If you want to go on a real adventure but I think we should stick together" the instructor laughed. 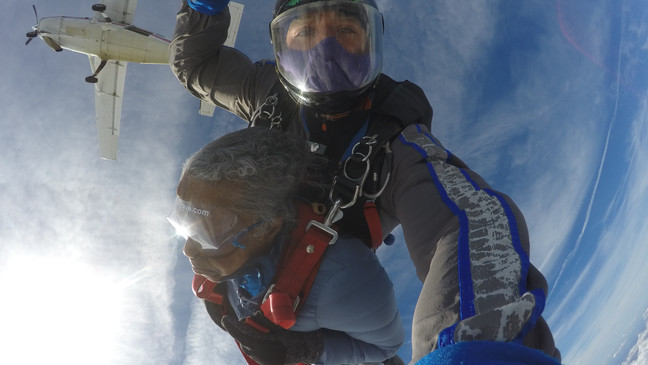 Millie was joined by dozens of close family members, friends and Howard County officials and residents.

As her plane took off, tears filled the crowd's eyes as friends and family called her an inspiration to all.

After Millie landed safely, her smile said it all.

"It was wonderful, a real thrill!" Millie said. "I was scared for one minute, it felt like I was tumbling and then I thought, somebody is holding onto me."

Born in Tulsa, Oklahoma Millie joined the Army and became a second lieutenant in April 1943.

"I was living in Oklahoma and job opportunities were terrible because most of the country was segregated at that time."

Millie moved through the ranks rather quickly becoming the second in command of the Women's Army Corps (WAC) at Fort McClellan before she was transferred to Fort Benning.

"I was selected to go to the action general school which was a very high honor" Millie explained.

Eventually, she became first lieutenant at Fort Benning, in charge of the WAC detachment.

Millie stayed at Fort Benning until she got out of the Army in 1946.

During her entire career in the Army, she was in a segregated Army.

"I have very little biological family," said Millie. "But I have a very special adopted family."

Millie has been giving back for years.

She puts together care packages for soldiers who are deployed overseas.

"I estimate she has sent over 14 tons of care packages for soldiers overseas," Johnson said. "Two weeks ago, I took six boxes that were shipped to Afghanistan which were donated from Aunt Millie."

Christopher Williams with the U.S. Air Force said he was a recipient of those care packages in 2017.

"I received care packages in 2017 when I was in Afghanistan before deploying to Iraq," Williams said. "She followed me the whole way and sent me handwritten notes. When I came back home, I was able to meet her, and it was the best thing ever."

Williams said she has reached thousands of service members, men and women all over the world.

- - - Getting older happens to the best of us, and sometimes I feel (a little) sorry for myself because I'm not 25 years old anymore.

But after reading about what Millie did at the age of 102, and what she accomplished in life - especially during World War 2, I will never complain again.

Thank you for showing us what we can do in life, if we just try.

I am going to offer Millie a free story writing account, but why don't YOU consider writing and sharing your story also?

Your family and friends would love and cherish it, and you don't have to skydive to do it.

Here is a link to Caroline's original article: https://wjla.com/news/local/102-year-old-wwii-maryland-veteran-skydives-bucket-list 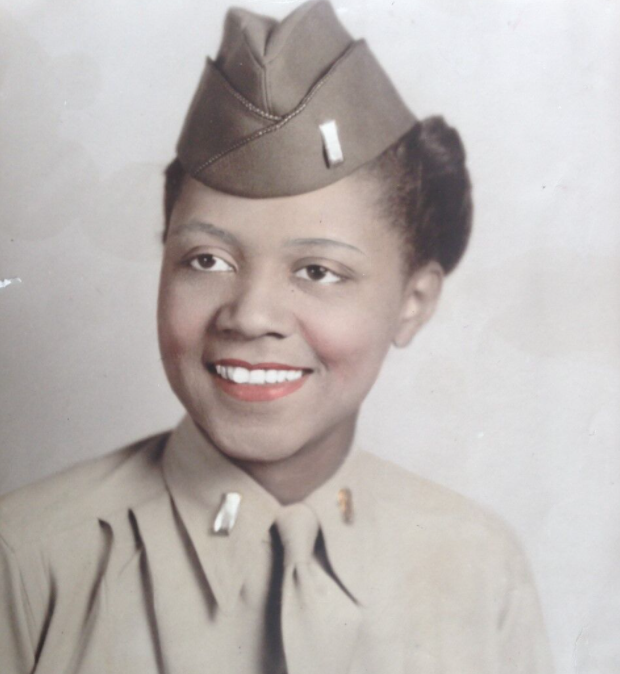