Memorial Day is an American holiday observed on the last Monday of May. It honors the men and women who died while serving in the U.S. military.

Most  people already know that, but did you also know that:

It was originally known as Decoration Day, which originated after the Civil War?

By the late 1860s, Americans in various towns and cities had begun holding springtime tributes to these countless fallen soldiers, decorating graves with flowers and reciting prayers.

On May 5, 1868, General John A. Logan, leader of an organization for Northern Civil War veterans, called for a nationwide day of remembrance. “The 30th of May, 1868, is designated for the purpose of strewing with flowers, or otherwise decorating the graves of comrades who died in defense of their country during the late rebellion, and whose bodies now lie in almost every city, village and hamlet churchyard in the land,” he proclaimed (paragraph compliments of history.com).

620,000 Americans died fighting the Civil War, which created a massive human and economic toll on the United States.

- - - The founding of the Memorial Day holiday is great to know, but when I think of the holiday, I think of the opening scene from the SAVING PRIVATE RYAN movie by Steven Spielberg: A half-hour visual summary of what happened when our Allied soldiers (US, British, and Canadians) stormed France's Normandy beach on D-Day, June 6, 1944 to fight Hitler and the Nazi Reich.

Here is a real photo taken that day:

Taxis to Hell - and Back - Into the Jaws of Death / Photograph by Robert F. Sargent, USCG

4,400 men gave their lives at Normandy Beach that day, including an estimated 2/3 of the men shown above, who were landing at Normandy's deadly 'Omaha' beach (a detailed description states that the landing craft was rocked by many ocean waves during the 10 mile trip and that the men inside were cold and soaked to the bone before they hit the beach).

Did any of those men WANT to die that day?

Did any of them HOPE to die?

Were any of them anxious or frightened that day?

I'll bet that most of them were.

Did that apprehension PREVENT THEM from wading ashore into lethal streams of German machine gun fire?

Because they were dedicated, loyal, and courageous soldiers, men, husbands, and fathers.

They fought and died for us that day, so that we could enjoy the freedom and luxuries that we have now.

Please take a moment this weekend to think about, remember, and (maybe even) say a prayer for all the brave and unselfish men and women of the Armed Forces that gave their lives for us - in all of the wars, skirmishes, and conflicts that happen around the globe.

We owe them at least that much for their exceptional loyalty and service.

Happy Memorial Day to you and yours.

PS: Do you have a relative, friend, or loved one that served in the Armed Forces and who wants to write their life story? If so, let me know. We will make a free copy of The Life Writer app available to them ([email protected] / 888-501-7325).

Do you want to see how The Life Writer app works? Here is a free trial link: 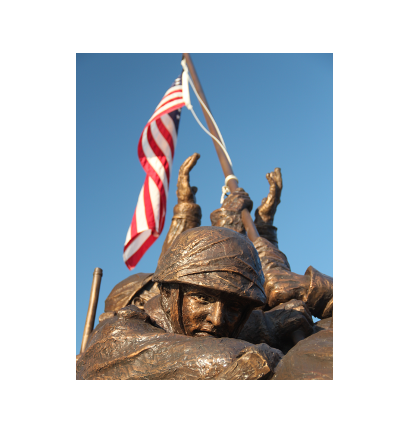