I put this post out recently about the great athlete and man, Jesse Owens. 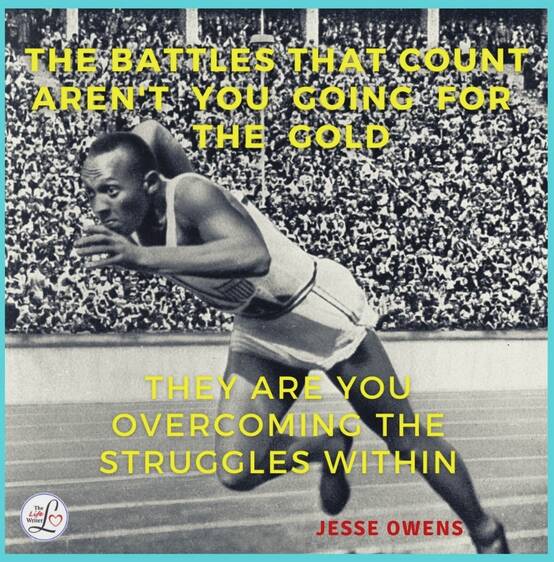 For those of you unfamiliar with Jesse, let me summarize why he is such an inspiration (content below from Jesse Owens' Wikipedia page):

Owens specialized in the sprints and the long jump  and was recognized in his lifetime as "perhaps the greatest and most famous athlete in track and field history".

He set three world records and tied another, all in less than an hour, at the 1935 Big Ten track meet in Ann Arbor, Michigan (location of the University of Michigan) —a feat that has never been equaled and has been called "the greatest 45 minutes ever in sport".

He was the most successful athlete at the Games and, as a black American man, was credited with "single-handedly crushing Hitler's  myth of Aryan supremacy", though Owens commented that he was "snubbed" by the U.S. president, Franklin D. Roosevelt, as he was not invited to the White House afterward to shake Roosevelt's hand.

The Jesse Owens Award is USA Track and Field's highest accolade for the year's best track and field athlete. Owens was ranked by ESPN as the sixth greatest North American athlete of the 20th century and the highest-ranked in his sport. In 1999, he was on the six-man short-list for the BBC's Sports Personality of the Century.

I Picked Jesse Owens for This Inspirational Post Because:

1. Jesse was so talented, he represented the United States at the 1936 Olympics - which is never easy.

3. He beat the German athletes at the Olympic Games, at a time when Adolph Hitler was espousing his (invalid) "Aryan Supremacy" philosophy and dogma.

(Hitler's Nazi party adopted several pseudoscientific racial classifications that were used as a justification for the mass-murder of people the Nazis deemed "inferior". The Nazis considered the putative "Aryan race" to be the "superior" or "master race", while defining Slavs, Gypsies, and Jews as racially inferior or "sub-humans"- suitable only for slave labor and/or extermination).

- - - I cannot even begin to imagine how much pressure Jesse felt at those Olympic Games, because of those three facts.

He is truly an exceptional and amazing human being.

Jesse's quote from the post: "The Battles That Count Aren't For Going For The Gold - They Are For You Overcoming The Struggles Within" is also special because it illustrates a truth that not everyone realizes, I think.

That is, you have to learn to love, learn, and control yourself before you can do that with anyone - or anything - else.

Thank you, Jesse, for being such a great athlete, man, and American.

You are an inspiration to us all.

... Are you ready to write and share your story with your family? You don't have to be an Olympic champion (!)

You can do it, and your family & friends will love it.

Try out The Life Writer App for free: https://www.thelifewriter.com/user/register 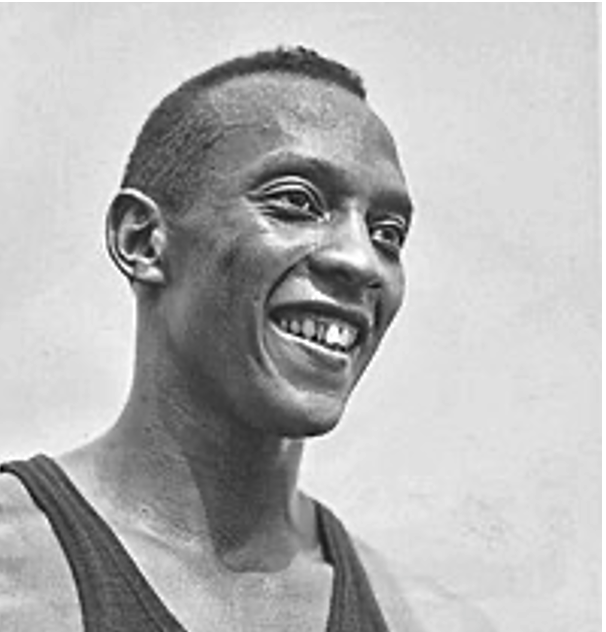