How to Write a Memoir - and Save a Life

I saw this article from Dr. Sanjay Gupta yesterday and wanted to share it because:

1. Many people don't understand the profound power they have to help others.

2. It is the primary reason why we are in this business: To inspire, empower, and improve lives.

Kevin Hines was in pain. So much pain, that he thought committing suicide was the only way to stop it.

So, he walked out into the middle of the Golden Gate bridge and jumped.

As soon as he did, he knew it was a mistake and he regretted it.

Kevin plunked down 220 feet into the ocean below and hit the water at about 80 miles per hour.

From Dr. Gupta's article: "The surface of the water functions like concrete, and does similar damage to the body. Spinal vertebrae and the thoracic rib cage snap like twigs and then rip through the organs in the abdomen and chest. Arteries and veins tear open, and every body cavity fills with blood. The pain is searing, and as you plunge into the frigid water, you are likely to drown, if you are even still alive."

When Kevin was falling, he realized that if he hit headfirst he would die instantly. So, he twisted at the last moment and landed feet first.

Doing that saved his life.

And although severely injured, he eventually recovered and became known as "The Guy That Jumped Off The Golden Gate and Survived."

Kevin jumped in September of 2000 and since that time has become an advocate for suicide prevention programs - including the addition of an anti-suicide net to the Golden Gate Bridge itself, which will occur in 2021.

Those are the facts about the Gupta article (original link below) but the reason why I have chosen to blog about it because of what Kevin Hines decided the day of his suicide.

He said: "... If a single person says hello to me, or is kind to me while I'm going to the Golden Gate bridge, I won't jump."

No one did, which is why he decided to end his life.

He gave up on people and on a reason to live.

The suicide rate has climbed astronomically, going up by +33% in the past 20 years.

It is now the #2 cause of death in the United States.

If ONE PERSON would have said hello to Kevin that day, he would not have jumped.

... Do you see the profound power that YOU have, to help others?

We have seen the power that life story writing (and sharing) has for healing ourselves repeatedly, which is why we created The Life Writer App. Life story writing benefits the writer, their family/friends, and our society.

Do you want to inspire someone and maybe even save a life?

Here is a link to try out The Life Writer app for free: https://www.thelifewriter.com/user/register

Here is a link to Dr. Sanjay Gupta's excellent article:

Dr. Gupta: If you see someone struggling with mental illness, don't... 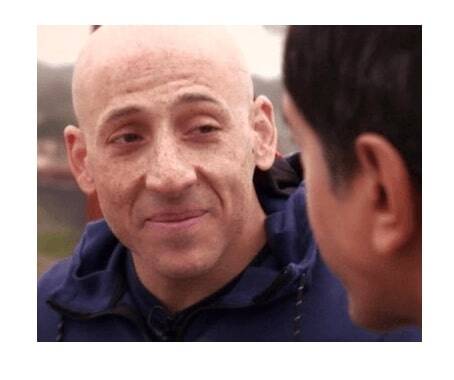