How to Write a Book

I found a great article by Jayne D'Arcy about the benefits of memoir writing (below). What I especially liked were these points:

1. Advice on how to begin: “Pull your finger out, get over yourself and get on with it. Your excuses are bullshit.” (!)

2. The value of family history: "If Dad hadn’t written his memoirs, I wouldn’t know anything. Even if it’s not published, I really see the value of people writing their own memoir.  Books can also change lives. Don’t underestimate the desire to be useful.”

3. Consider sharing your story while you are writing it: It was a way of sharing what she’d uncovered. “I discovered all this stuff in the State Library about Dad, and it didn’t feel real until I posted it and had a bit of feedback.”

Jayne D'Arcy's  article is below:

Apparently, everyone has a novel in them. According to a psychic I saw a few years ago, I have four. Talk about pressure. Still, it’s all very well to have one in you, but, like a baby, it’s got to come out. Catherine Deveny has been making “a very good living” from writing and speaking for the past 25 years.

She’s written a how-to book on writing: Use Your Words (Black Inc. 2016), and has run The Gunnas Writing Masterclasses since 2014. “I thought I’d run two classes. I’ve run over 200,” Deveny says. She attracts all types.

“Thirty per cent professional writers, 30 per cent amateur writers, 30 per cent beginner writers and 10 per cent randoms: people who just heard that it’s fun,” she says. Deveny tells them all the same thing: “Pull your finger out, get over yourself and get on with it. Your excuses are bullshit.” And don’t tell anyone you’re writing a book.

“In order to write, you need to build up a head of steam,” Deveny says. “Because that’s what keeps you going. If you talk about it, it dissipates.”

Louisa Deasey was writing a novel and was Instagramming the whole process. The ultimate in dissipation? “I don’t know if I’d recommend doing it that way!” she says in reflection.

But it was a way of sharing what she’d uncovered. “I discovered all this stuff in the State Library about Dad, and it didn’t feel real until I posted it and had a bit of feedback,” says the author, whose second memoir, A Letter from Paris, came about after she found hundreds of pages of her father’s work in seven libraries around the world.

“I liked people’s encouraging comments. And I go back to those posts now and I can see how far I’ve come, from the first to the final draft in seven months—that blew my mind.”

Deasey’s written an e-book: Secrets of Bestselling Memoirs, and an online course: Write Your Memoir, because she loves the genre. It’s no wonder.

“If Dad hadn’t written his memoirs, I wouldn’t know anything,” she says. “Even if it’s not published, I really see the value of people writing their own memoir. People’s lives are just fascinating.”

Mental, out this year, is described by publisher Black Inc. as a go-to guide for anyone with a mental illness or supporting someone who has one.

“I co-wrote it with a Gunner, Dr Steve Ellen, the head of psychiatry at Peter Mac,” Deveny says.

“He came because he wanted to write a book about everything he had gathered.”

So if you have a book, or four, in you, how do you get them out?

Despite Deasey’s public book-writing process, she agrees with Deveny: keep it quiet. “Don’t tell anyone about it, at least for the first draft.”

Yes, these two experts agree. Shut up and write.

The link to Jayne's article:

How to write a book 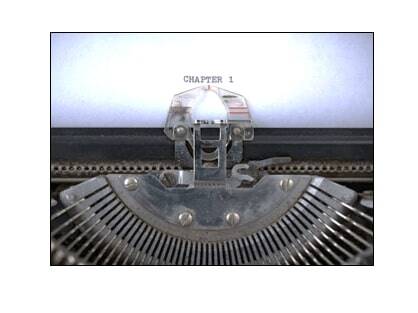