I saw the article below in The White Mountain Independent (Show Low, Arizona) and wanted to share it because of the intention of the two women featured: Kareena Maxwell & Kristen Pinkley. Although they did not write and share their entire life story, they have shared a very serious health concern. That sharing can help them, while also helping others:

While the observance of this month is national, the stories of those who have lived through breast cancer is personal, very personal. Though there are similarities in each individual’s story, their experiences in their journey to survivorship are unique. The national stories focus more on awareness than on the individual, and when they do share a personal story, it is most often about people we do not know. To help put a face on breast cancer, two White Mountain women, survivors and avid proponents of early detection, tell the story of their journey from diagnosis, treatment and their lives post-cancer. Kareena Maxwell lives in Concho and Kristen Pinkley lives in Taylor.

Karenna Maxwell did not have a history of breast cancer in her family and she always went for her annual mammogram. In 2008 at age 57, she went in for the mammogram and did not expect to be the one in eight women who are diagnosed each year with Stage One and Stage Zero bilateral breast cancer — but she was.

Maxwell did not cry. She was numb — alone and single and working in corporate America in New York City.

Because she was considered low risk, her surgery she was not scheduled until ten weeks later. In the meantime, she walked her usual five miles to and from work everyday. Finally the day of surgery arrived. She had a successful lumpectomy and then waited two months for healing from the surgery so she could begin radiation. She did not have to have chemotherapy. Radiation, which did not make her sick, would be five days a week for six weeks. She continued working and walking her five miles to and from work everyday during the treatment, never missing a day of work.

When someone would say, “You poor thing,” she would rebuke that comment. After all, she had health insurance and excellent care. It wasn’t her own situation that was hard. It was seeing others who were losing their hair with the chemotherapy, or that had a higher risk type of breast cancer than her own.

Maxwell’s surgeon was a woman who happened to be pregnant. She recalls what she terms a “beautiful moment” before her surgery just before going under, and feeling the surgeon’s belly full with the beginning of a new life pressing against her — versus her own stage of life.

Looking back, Maxwell said they do not tell you how much it hurts — putting the wires in your breasts and telling you to hold on to a bar, and not being allowed to breathe, or the poking of holes in your breast to suck out the fluid. “I wish they would tell you,” said Maxwell. “Part of the process is still barbaric. It hurt. I had pain for two years from the incision. The throbbing goes on.”

Fast forward after the treatment — life got better. Not only did she continue to work in corporate American but she also worked for a newspaper on the upper East side, wrote seven books, did a cable TV show for two years, and got married and moved to Arizona.

Maxwell admits that a healthy lifestyle does help. She was already walking five miles a day and was a pescetarian — one who does not eat meat but eats fish. After breast cancer she did make the decision to become a vegetarian and that is still her practice today. She was placed on Arimidex for three years, but it made her sick so she stopped it. Today she still goes for her annual check up.

Kareena had held it all inside of her but she finally did cry — she let the tears flow when she back for her check up.

A proponent of early detection, Maxwell has some advice for everyone:

“This can be a renaissance; a rebirth. I became bolder. Bring it on! I had walked in the shadows. I kept my hair. Part of this was surreal. Get your mammograms, women and men, get your prostate checked — get all that stuff. It all increases with age.”

She also tells everyone that complains that getting a mammogram hurts to not be a baby. “What really hurts,” says Maxwell, “ is having pins stuck in you and the tattoos to mark it. The squeeze is nothing. And if you are diagnosed, deal with it right away and then go forward with your definition of what life is.”

For Kareena Maxwell, her definition is simple and she says it every chance she gets, “I have a good life.”

Kristin Pinkley - From DDD to Barely a B

In 2010, Kristin Pinkley had breast reduction surgery. In 2013, she was diagnosed with Stage 3 breast cancer, and in 2018 she will have an annual check up, post-cancer.

Kristin’s stint with breast cancer began on July 3, 2013, in the shower where she felt something on the left side of her breast. She wondered if it could be scar tissue or something else. She panicked and immediately called her doctor and went in for an examination. He examined her and told her he would get her set up for a mammogram. What he didn’t tell her at that time was that he was not worried about the left breast, but what he felt in the right breast.

The very next day after the July 4th holiday she was at the hospital having the mammogram. The results confirmed what her doctor thought — the left breast was fine, but the right breast revealed a mass. On July 11 she went for a biopsy and on Friday the 13th her doctor called to tell her that it was cancer — Stage 3, but it had not spread. Stage 3 is when the cancer has spread beyond the immediate region of the tumor and may have invaded nearby lymph nodes and muscles, but has not spread to distant organs. Three weeks later she had a radical mastectomy of the right breast.

Her next step was breast reconstruction. A plastic surgeon put in an expander to expand the skin. Unfortunately, her body rejected it and it had to be removed. She began chemotherapy and by December her fear of losing her hair came to pass. She soon learned there were worse things than losing your hair.

Once she was done with the chemo, she thought that was it. Her hair began to grow back and she thought things were supposed to go back to normal.

“I waited for the normal,” said Pinkley,“ but normal did not return. I found out that you have to find the a new normal.”

She and her husband separated that October and subsequently divorced, and she also lost a sister that year.

Before the breast cancer she worked at the local credit union in Snowflake. She had to leave the job when she got cancer. As fate would have, in November, 2014, she ran into a couple she knew at a local restaurant and they visited. When the couple got home, they found out their office person was resigning. They called Kristin to see if she was ready to go back to work. She was and she accepted the job at D.W. Lusk Contracting and is still there today.

Still looking for normal, Kristin said, “I thought I would feel better if I had two breasts, so in 2015 I went to the plastic surgeon to try again. In mid July I got a permanent implant. Sometime after that I felt a warm feeling in the left area and went in to see about it. I had an infection and was put on antibiotics. Unfortunately, I had a reaction to the antibiotics and broke out in a rash. On Labor Day I was admitted to the hospital for five days. Then in October that implant was replaced with another. Then in December, it was replaced for a third time. On Super Bowl Sunday the implant had to come out.”

It took four months for her chest to close up and heal. All the while she put on the brave face. “It was so awful and so scary,” she said.

Pinkley had learned to love herself. She is grateful that she is cancer free and can enjoy her grandchildren, but “I get mad when I go to Victoria Secret,” she said. “Do you know how many bras they have for someone who has had breast cancer? Zero.”

Now living in her new normal, she said “I now get screened once a year; at first it was every three months. After two years, it is a mammogram and a bone scan, and I still take medication — Anastrozole, because the chemo threw me straight into menopause. I have no special diet, except no soy since it turns to estrogen.”

Pinkley looks back on all that occurred with the cancer and with great faith recalls a day at Calvary Church. “One month before this all happened, I was at church and felt God was getting me ready for something. That was two weeks before and I cried and cried. When I went for the mammogram, and I looked at those clouds on the ceiling, I knew I had cancer even before they told me. I thought, I am so glad my kids are raised.”

Kristen is living life today on her terms and her greatest joy is her grandkids.

Someone asked her what her last name was and she said, “It is Pinkley.” She said they replied that it was a nice name, like she made it up. The PINK, however, in Pinkley is in no way representative of the pink everyone associates with breast cancer. It is her actual maiden name.

“When asked if I want to donate to breast cancer,” said Pinkley, “I tell them my right breast was enough.” 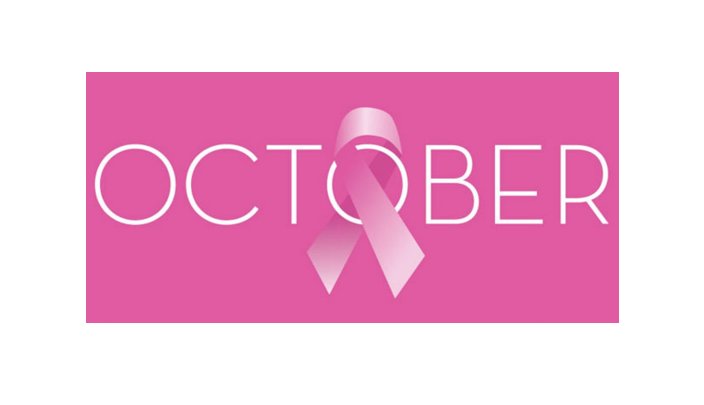