A Christmas Message For 2023

I was raised as a Catholic and was even an altar boy back in the day (at St. Agnes church in Dayton, Ohio).

But, during college - while studying science and engineering - I became an agnostic, which means: Having a neutral belief / not believing or disbelieving in God.

Which is fairly common, I think.  I later knew engineers at work that said: "If you can't measure it - it does not exist."

Now, decades later, I have learned that God, the Creator, or whatever you want to call the Almighty, certainly does exist - because I have seen that fact demonstrated several times already in life.

- - - Now, I don't  consider myself to be a very religious person, and I certainly don't go to church enough.

But, after reading the Christmas message that Pope Francis delivered last night, I felt I should share it because it pertains to 2023 (bold markings are mine/ original article link below).

1. - “Like the shepherds of Bethlehem, surrounded by light, may we set out to see the sign that God has given us. May we overcome our spiritual drowsiness and the shallow holiday glitter that makes us forget the One whose birth we are celebrating.”

2. - ... Underscoring the joy this day brings when we "turn our gaze to Bethlehem," and the "Lord comes to the world in a stable and is laid in a manger for animals" since there was no room at the inn when Mary was to give birth.

3. - The Lord comes to us "as a helpless child...poor among the poor," knocking on the "door of heart to find warmth and shelter."

4. - The Pope encouraged everyone to contemplate the true message of Christmas and rise above "the hue and din" of this time when the focus can be more on the festivities and gifts, hardening our hearts, rather than focusing on the great event of the Son of God born for us.

5. - To follow Jesus means doing away with the burdens that can weigh on us and become obstacles, the Pope went on to say, and they can include greed, pride, thirst for power, hypocrisy, problems of old as they are of today that "exclude us from the grace of Christmas" and "block the entrance to the path of peace." The Pope lamented that a result of this reality is that the "icy winds of war" still hurt humanity today.

6. - Looking at our world today, the Pope called on everyone to "see the faces of our Ukrainian brothers and sisters" who are experiencing darkness and cold this year, many faraway from home due to ten months of war devastation.

7. - The Pope decried today's grave "famine of peace" in other parts of the world of what he termed this "third world war." He recalled the people of Syria, still suffering from a years old conflict that has fallen into the background, and those living in the Holy Land where violence and casualties have increased in recent months.

8. - Turning to the Americas, the Pope mentioned in particular the people of Haiti, who have been suffering for many years, and he prayed that political authorities and all people of good will throughout the continents work together to overcome social and political tensions.

9. - Recalling how Bethlehem means “house of bread," the Pope called on us to remember children who go hungry today while so much food is wasted and resources are spent instead on weapons. He pointed out how the war in Ukraine has worsened the reality of world hunger, especially in Afghanistan and the Horn of Africa, facing widespread famine. He lamented how wars can use food as a weapon by making distribution difficult to people already suffering.

10. - The Pope then called on our solidarity when remembering the unemployed and poor experiencing hardship in this time of economic crisis.

11. - “Let us not forget the marginalized, those living alone, the orphans and the elderly who risk being set aside, and prisoners, whom we regard solely for the mistakes they have made and not as our fellow men and women.”

12. - In conclusion, the Pope explained how Bethlehem "shows us the simplicity of God, who reveals himself not to the wise and the intelligent but to the little ones, to those with a pure and open heart ," and that may we, like the shepherds, be "amazed by the unthinkable event of God who becomes man for our salvation." God, the source of all good,  makes himself poor in Jesus and asks "as alms our own poor humanity.

5. The "burdens of greed, pride, thirst for power, and hypocrisy" are problems that we all surely need to work on. Greed and selfishness, especially.

6.  The "Ukrainian brothers and sisters who are experiencing darkness and cold this year" statement is poignant and actually upsetting to me, because: What do you call a person who chooses to punish civilians (including old men, woman, children, and BABIES) because his soldiers got their asses kicked on the battlefield?  A Harridan? (trying to find a palatable synonym for bitter old hag).

11. And lastly, "Let us not forget the marginalized, those living alone, the orphans and the elderly who risk being set aside, and prisoners" which summarizes what I assert Christianity is truly about: Helping the less fortunate.

So, after we open our Christmas gifts today and eat our special treats (I'm guilty also:  Already had 3 Cheryl's cookies, Fritos, and 2 glass of Pepsi) and we begin to think about NEXT YEAR, let's try to think of just one way that we can help people and make the world a better place in 2023.

What I am going to do here on The Life Writer blog?

Share many more articles which inspire, empower, and improve lives.

- - - Happy Holidays and Merry Christmas to you and yours!

PS: One thing the Pope did NOT say last night was: How his prayers helped the Argentinian soccer team to win the World Cup! Thank you, Pope Francis (who is from Argentina) and Lionel Messi! :) 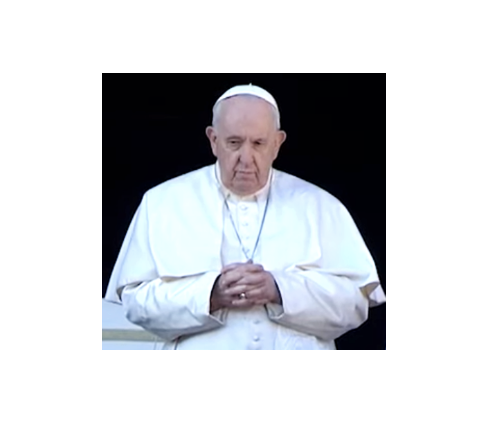