Arlyn Halpern wrote her life story by herself, and what she experienced was described by writer Heather McCarron (see her article below).

Many of the thoughts, feelings, and emotions experienced by Arlyn during the process are what we frequently see with people that write a memoir.

The writing process is a journey of self-discovery, healing, and transformation.

Which is why we are so dedicated to making it easy, affordable, and available to everyone.

--- “One day I woke up and it hit me that my story, with its mix of sorrow, joy and everything in between could be beneficial to others,” she says, “so I committed myself to the project.”

---  “I could not write this memoir until I had worked through many painful experiences. The process of writing so intimately about my feelings and perceptions was cathartic and enabled me to develop greater awareness."

Please Note: Arlyn is selling her book to the public, but please realize that you do NOT have to do that to receive the benefits associated with life story writing. The journey of self-discovery, healing, and transformation comes from the writing process - not the result. While your family will very probably cherish your life story dearly, you certainly do not have to share it with anyone, to receive those same benefits.

Heather's Article is Below (link at bottom):

FRANKLIN - Arlyn Halpern’s life is a lot like a slowly opening lotus flower, each unfurling petal holding a karmic meaning that would only fully reveal itself after a lifelong journey of self-discovery and a 10-year period of inner reflection and writing.

Her mother, for instance, was a woman whose own mother died when she was very young and who knew in her heart she was not meant to be a mother, yet ended up with two daughters. Her mother’s chronic depression taught Halpern at a very young age that people suffer - a hint at the Buddhist teachings she would pursue later in life, as well as the profession - psychotherapy - she would practice.

Then there was the Swedish boy Halpern befriended as a school girl, little knowing that she would later meet and fall in love with another Swedish citizen. And it was that man’s determination to go to college that precipitated Halpern’s own return to college, where she found herself enrolled in humanities courses instead of the science and math she had originally applied for, and fell in love with a professor - a scholar of world religions whose quest for a Tibetan Buddhist teacher also inspired Halpern and led them both on a spiritual journey to India.

India awakened Halpern’s inner dancer - first developed as a child - leading her to undertake an intensive study of classical Indian dance under an Indian dance master, and later to pursuing a master’s in dance and teaching the art in Boulder, Colorado.

It all recently came into full bloom with publication of Halpern’s memoir, “Dancing into the Light: A Spiritual Journey of Healing” - a tale full of the many “auspicious coincidences” that seem to have guided the Franklin resident’s paths through life.

The book, says Halpern, “covers many different topics which include: Growing up in a quirky, dysfunctional family outside of Chicago, dancing in a carnival at age 15, being sent to a progressive boarding school in Stockbridge, Massachusetts, living in three countries, and intensively studying meditation with Tibetan Buddhist masters in India and the U.S. in the 1970s, when Buddhism was beginning to take root in the West.”

Halpern says the book “offers insights into my inner life and addresses issues that everyone can relate to.

“The book also contains love, humor, adventure, travel, and explores how dance and any interests that enliven one’s spirit can enrich personal and spiritual growth,” she says.

The story starts with her childhood outside Chicago. She recalls that her mother would spend hours in front of a mirror, just staring, with her face made up with myriad cosmetics and her hair coiffed in the latest style. Halpern says she became accustomed often to addressing her mother’s reflection.

As young as 5 years of age, Halpern says she realized the family dynamic was not like that of other families.

“I learned very young that people suffer. My mother was very introspective, and she taught me to look inward and be honest about my feelings,” she says. “I think as a child I had a great sensitivity to myself and others.”

This turned out to be a foundation for what would follow, and the basis for the inner peace she has found.

“The Buddha taught that everyone suffers, but that how you relate to your suffering makes the difference between falling into victimhood and self-pity, or working with whatever situation arises with an open heart and a wise mind.”

Halpern says her book explores her own experience of the inevitable suffering everyone experiences, but it is also colored with “many joyful and funny experiences.”

She tells about deciding after her first semester in college that it wasn’t for her quite yet, and how she felt lost about what to do next. Then a fateful news report she heard on the radio told about volunteers from all over the world heading to Israel to help out after the Six Day War.

“I knew immediately that that was what I wanted to do,” she says.

It was very pivotal to her life, she notes. Undaunted, she and a friend headed to Israel, where they spent time working on three kibbutzim, described as a collective farm or settlement. She was just 18.

It was at one of the kibbutzim that she met the Swedish man who would become her boyfriend and would take her home to live for a time with his family. Eventually, he headed off to college, and she returned to the States to do the same - another pivotal decision that led to her meeting the man who would become her first husband, the professor seeking Buddhist training. Soon enough, they were off to India in pursuit of that.

“India was a huge surprise,” Halpern says. “I didn’t expect it to be so different from anything I had ever encountered. Also, I thought I would study dance as something to do while my husband was learning Tibetan, but the teacher immediately wanted to groom me to become ‘pamous,’ as he put it.

“Also, going on a pilgrimage through India to meet highly accomplished Tibetan Buddhist masters was a tremendously powerful experience,” she says.

During their journey, they ended up in Sikkim, a state in northeast India bordered by Bhutan, Tibet and Nepal. They met Buddhist masters who were almost at the level of the Dalai Lama, just missed meeting the revered man himself, had tea with the American-born queen of Sikkim, and hiked to a centuries-old Buddhist monastery high on a mountaintop.

“We had our backpacks and we were going to go up to this monastery,” Halpern says.

“We walked all day,” she says.

She recalls worrying they had taken the wrong path, “But just as it got dark, we heard gongs.” Soon, like a scene out of a movie, “we came to this beautiful painted gate,” and were ushered into the serenity of the monastery by an equally serene monk.

“We spent four days in that monastery and we got to meet with the teacher a number of times,” Halpern says. “It was an amazing experience; very powerful.”

These kinds of stories, and many more, fill the pages of Halpern’s memoir.

Halpern’s decision to share her experiences in a memoir started with her participation in a writing group where she noticed she was continually writing vignettes about experiences in her life that had been meaningful to her.

“One day I woke up and meditated, as I always do first thing in the morning, and it hit me that my story, with its mix of sorrow, joy and everything in between could be beneficial to others,” she says, “so I committed myself to the project.”

It was a 10-year process that involved much meditation, working with writing coaches and editors, and even interviewing people from her past in an effort to bring out the memories as clearly and accurately as possible.

“You need to bring the characters to life and paint a picture of the people and places you’re writing about, so that the reader can come with you on your journey of discovery,” she explains.

It’s not easy to turn her life outward for others to read about, she admits.

“I could not write this memoir until I had worked through and processed many of the painful experiences. That said, the process of writing so intimately about my feelings and perceptions was cathartic and enabled me to develop greater awareness,” she says.

She is spurred by a hope that others will be able to find something to relate to on their own journeys of self discovery.

“If I hadn’t been motivated by believing that my story could be helpful to others,” she says, “I would not have written it.”

For further information, Halpern can be contacted at [email protected]. Her book is currently available on Amazon, Barnes & Noble, The Enchanted Fox, Books on the Square, and the Brookline Booksmith. 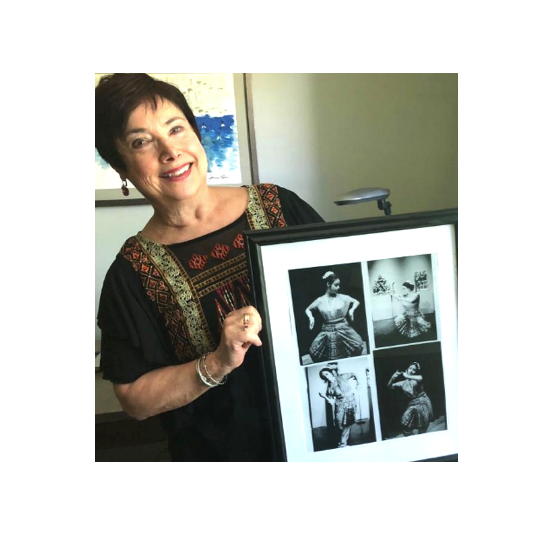