Anthony B - One From The Heart

I saw this news this morning:

Award-winning chef, writer and television personality Anthony Bourdain has died in an apparent suicide. He was 61.

I used to watch his show (a lot) and I thought he had the best job in the world: jetting around the globe, meeting people from all over, and enjoying some of the best food ever made.

Apparently, I was wrong.

I am very sorry to see Anthony Bourdain pass on - and especially by his own hand.

Suicide has always really bothered me.

Maybe it's because I saw a man about to jump off a bridge once.

It was the night before Thanksgiving in Columbus, Ohio. Downtown. The city was deserted. I was driving home across a bridge when I saw a lone figure standing on top of a bridge pillar with his shirt off (this is late November at night, about 40 degrees outside).

The guy was looking down at the swirling black water.

The guy turned around, looked at me, and then turned back toward the river.

He raised his arms like he was going to do a Swan Dive.

He said - hyperventilating: "I want my family ...California."

About that time, another car pulled up behind me and began honking his horn (like: get out of the way)!

The bridge was deserted!

That car eventually went around me.

I turned back to the guy.

A police car then turned onto the bridge. The guy saw it and burst into tears.

The police car pulled up behind me and a female officer said: "Thanks for your help, but we're closing the bridge. Please move on."

I crossed the bridge, turned right and drove back across another bridge about a mile up river. I stopped at the original bridge (now closed by police cars).

I waited there for a few minutes and then saw the guy turn around and face the officers. He lowered his arms and reached out to them.

They helped him down.

Then I burst into tears!

It was such a huge relief to see him get down. I thank God he did.

Helping and inspiring others is the primary reason why we have developed The Life Writer. We saw how beneficial the life story writing process and result was for the writer, their family / friends, and our society.

I wish Anthony Bourdain would have reached out to someone before he took his own life.

If you ever get to the point, please reach out to someone.

I will really miss watching Anthony Bourdain on his television show.

And I will keep his family in my thoughts and prayers. 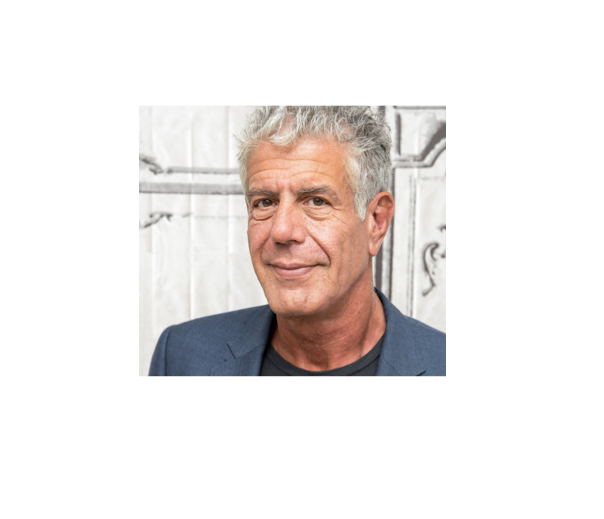